Paper: Its cheap, easy to come by and it can put a gleam in your eye when you consider the possibilities.

Last Saturday, Sophia and Anjali were talking about birthday celebrations and Sophia decided to make something for each of her friends to put in their goody bags (Never mind that Sophia's birthday is three months away. time it relative when you think of stuff like these)

She wanted to put fairy sings for all the girls, but for the boys we cant possibly give fairy wings, so the girls decided to make paper planes for each of the boys. Anjali ofcourse wanted to start immediately. Why was it so urgent? Because there were eleven boys.  Sophia's teacher had sent over her class photo and she meticuloursly counted the number of boys and girls, twice and gettiong different values each time and then taking the average.

I had the paper planes book and Anjali and I spent a nice hour making different kinds of paper planes which the girls then tested out. All the planes are now in a box which is sitting in a corner in the living room. I dont know if the planes will survive till January or make it to the goody bags, but it was good clean fun. Now, if I take the paper planes to the playground this evening, then will the children have fun flying them? 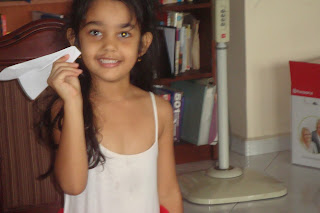 Look at the thing go! 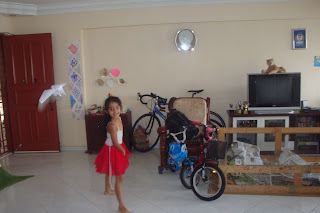 Since Anjali has, with the introduction to paper planes, developed an interest in origami, husband and I were on the lookout for basic Origami books when we went to the library. We also needed activities to entertain the children at home, since Anjali's outdoor activities are still rather curtailed this week. I found several craft books, a beginners book of sewing, which I have yet to distil, and a couplr of origami books.

And then husband found something that made our evening.

A book on making snowflakes. A beautiful book of patterns that can be created by folding a square piece of paper into six. And both girls dug into it with enthusiasm. All last night, from 8.30 to around 9.45, husband and I were folding and drawing patterns for the children to cut. 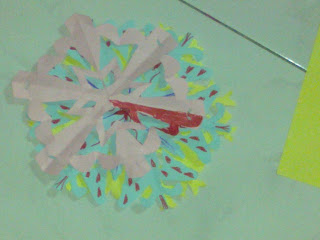 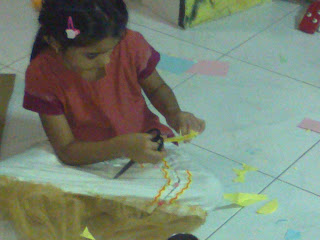 And then to decorate. Anjali is usually minimalistic with her decorations. Hut Sophia goes all out. 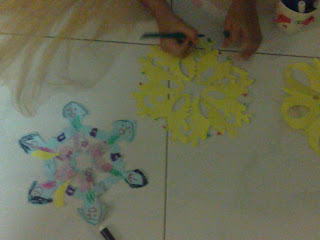 I sketched for her a cut out for a snowflakes of girls. After she cut it out, she decorated the girls and put skirts on them.

This morning, I pasted them in the wall nect to Sophia's star curtain. Dont they look lovely? We have made plans to make many more just before Christmas and hang them all over the house. It would make a nice Nativity calender activity. 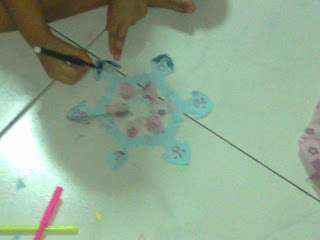 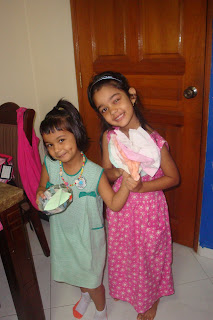 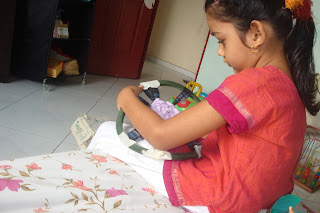